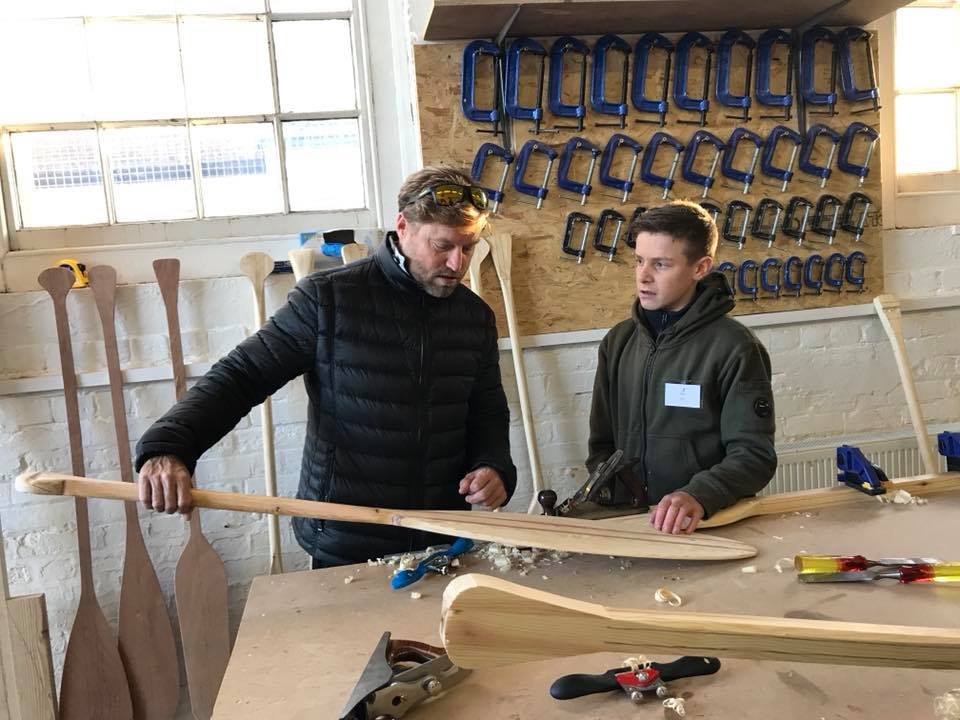 Alex Thomson has announced his patronage of Oarsome Chance Foundation, the charity which supports children aged 9-19 who have previously been left disenfranchised from their mainstream education in the Portsmouth, Gosport and Havant areas.

Thomson said of his new role as Patron of Oarsome Chance. “It’s fantastic to be involved in a project that is having such a big impact on children’s lives by teaching valuable skills and encouraging local children to get out on the water.”

The charity uses vocational training in boat design and construction and teaches carpentry skills in a fully equipped studio environment as well as teaching water-based sports. “The work the Oarsome Chance team are doing is really inspiring.

They are giving local children an opportunity to learn in a different environment. We had great fun out on the water today, racing with some of the students on skiffs which they have built themselves.” said Thomson.