And they’re off! The 2018 Gosport Charity Pursuit is under way. 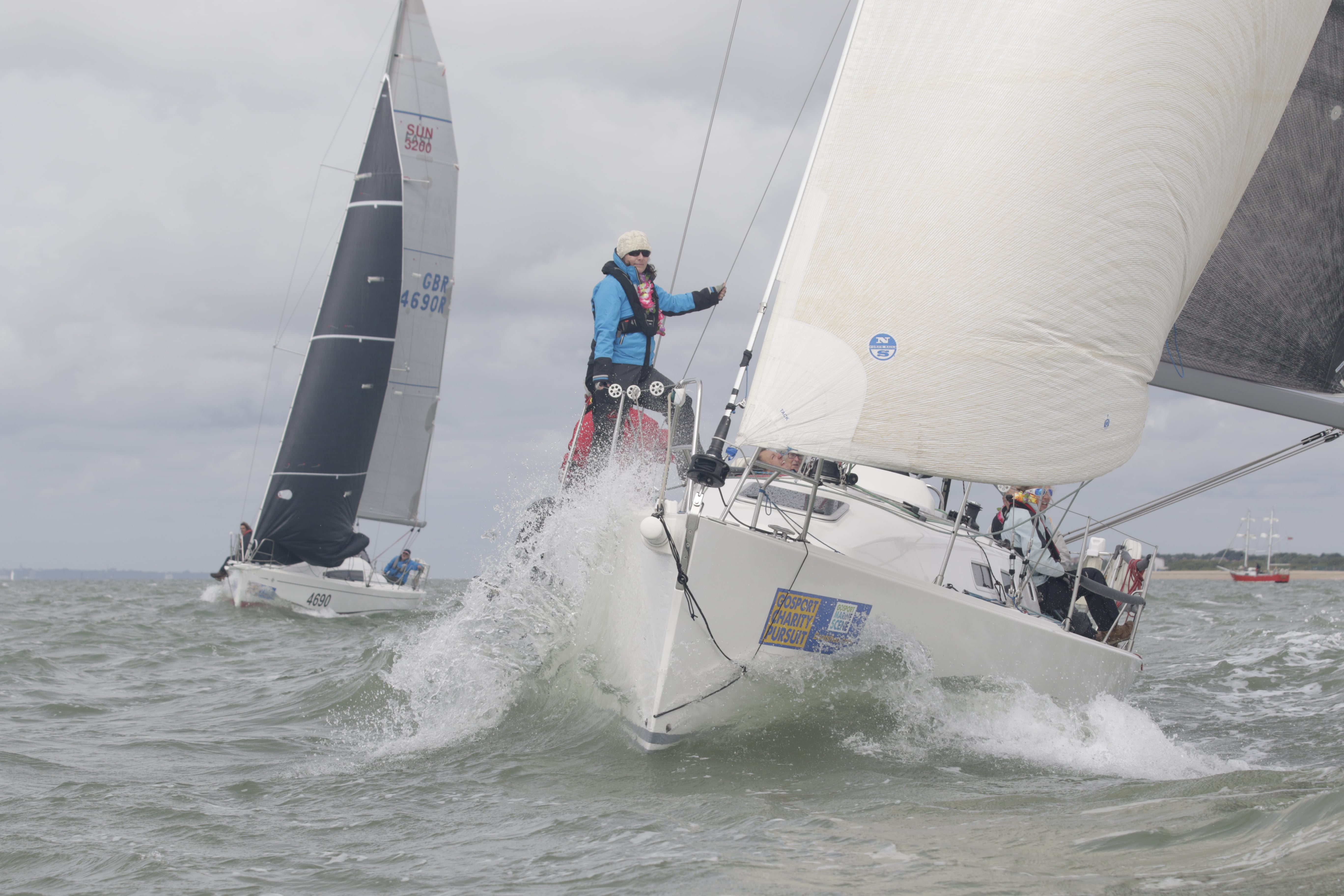 Today, 16th June 2018, the 17 yachts taking part in this year’s Gosport Charity Pursuit crossed the staggered start lines at Stokes Bay, Gosport making for the Nab Tower. 2017 Challenge Cup holder’s JUKE BOX (J109) are back this year to defend their title and have lots of competition from the rest of the fleet. The rules of the Pursuit mean that it’s not just time on the course that determines the winner but also the amount of money each boat raises for their chosen charity. £2,500 was so far pledged by the fleet by the time the yachts set off, a proportion of which is donated to Gosport Marine Scene’s sailing bursary programme Gosport Marine Futures. First yacht over the start line was SCOD ADELIE at 1000, the final start at 1130 was Alex Alley’s Class 40 PIXEL FLYER.