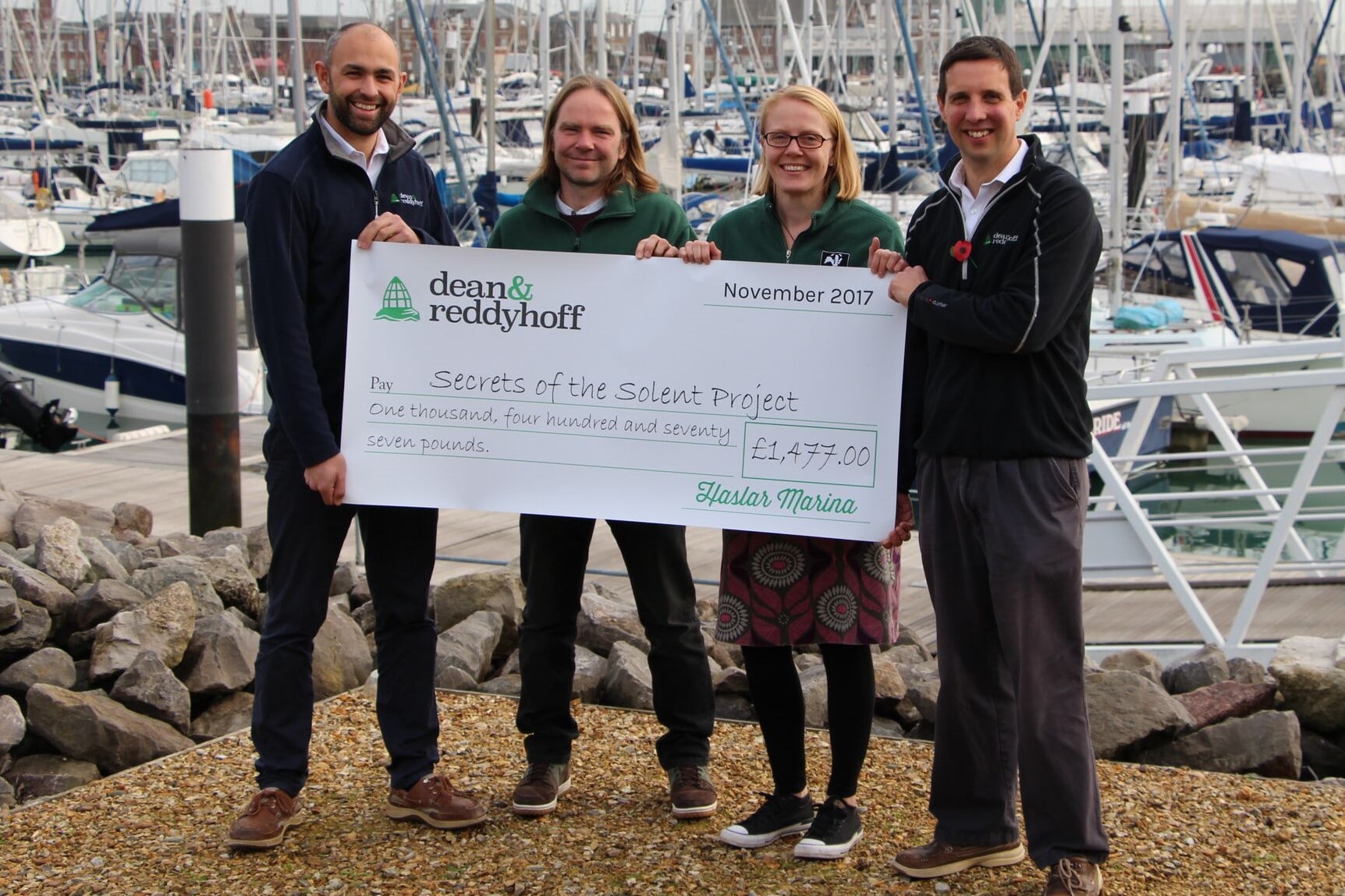 The secrets of the Solent seal population have been revealed by a new aerial survey by the Hampshire & Isle of Wight Wildlife Trust, with the support of staff and berth holders at Dean & Reddyhoff’s Haslar Marina.

The survey found that a minimum of 49 harbour seals, including 11 pups and 7 grey seals, are currently resident in the Solent. The areas surveyed were Langstone Harbour, Chichester Harbour, Portsmouth Harbour, Ryde sand banks, Beaulieu and Newtown Creek.

Hampshire & Isle of Wight Wildlife Trust (HIWWT) has been counting the seal population since 1994, when just 3 harbour seals were recorded. The survey takes place each August, when the seals moult and spend more time ashore.

Haslar Marina Manager Ben Lippiett said “Our berth holders have enjoyed seeing seals around the Solent this year, and we are delighted to have been able to help the Wildlife Trust with this important conservation work. This is the start of an ongoing relationship for Dean & Reddyhoff, as we work with our local Wildlife Trusts on environmental projects from citizen science projects to beach cleans and promoting sensitive boating.”

Rayner Piper, Secrets of the Solent Project Manager at HIWWT, said: “Our huge thanks to marina operator Dean & Reddyhoff for helping make the survey happen and to pilot Steve Tyas. We now know that our Solent seals seem to be slowly increasing in numbers, which is great news as elsewhere in the UK, harbour seal populations are in steep decline. We’re looking forward to next year’s survey, which we hope will show more population growth.”

The survey was made possible thanks to fundraising by Haslar Marina berth holders and staff, which paid for the flight and sourced the plane and pilot. In addition, over £1000 was made available to the Trust for further local wildlife and environmental work. The photo shows Alex Page (Dean and Reddyhoff), Rayner Piper and Steph Watson (HIWWT) and Ben Lippiett (Dean and Reddyhoff) handing over the cheque.

Every year Dean & Reddyhoff staff and customers raise thousands of pounds for local charities at the ever-popular berth holders’ summer parties and through activities like our Big Green Bike Ride.