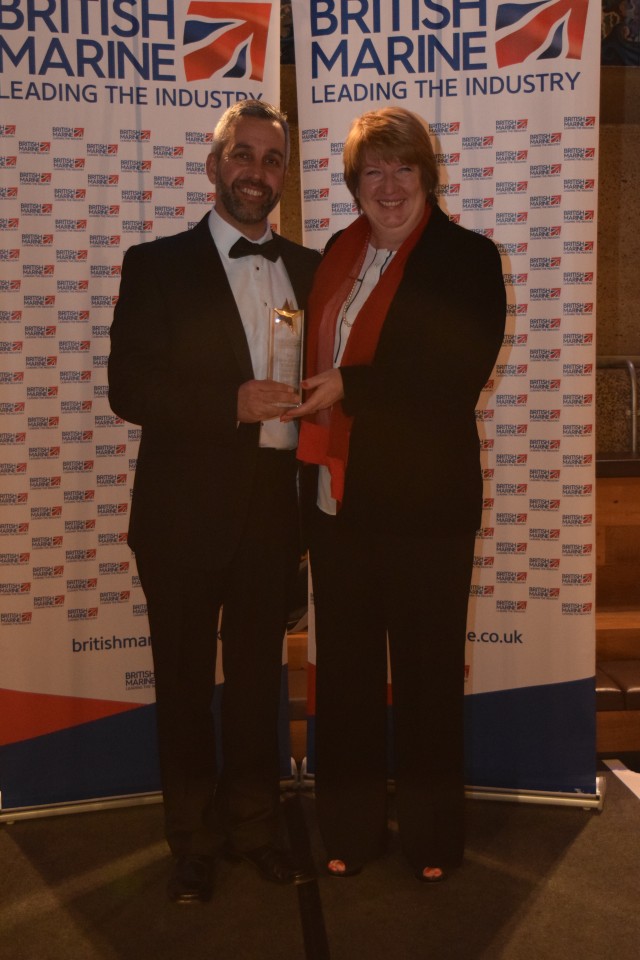 Marine Advertising Agency (MAA) is celebrating being named Best Marine Company to Work For in the under 10 employees category at the British Marine awards, which were presented on Thursday 3rd March 2016. The winners of the awards were announced during a gala dinner at the Cutty Sark that marked the close of British Marine’s annual conference.

The judges of the awards were looking for a business with a well established culture that could demonstrate leadership and engagement, a team that felt that their well-being, training and development needs were being looked after, as well as a sense that the company was giving something back not just to society generally but also to the local community and boating.

MAA’s forward thinking attitude towards flexible working opportunities, community involvement with the Gosport Marine Scene initiative and inclusive working practices, allowing the whole team to have input on the direction of the business, were all points that the team put to the judges.

Commenting on the win, Mike Shepherd, Director
of MAA said, “I’m so pleased on behalf of the whole
team to have this recognition from our well
respected trade body, British Marine. It was
important to me that the business benefitted
employees as well as making a difference to the boating and the local community.”

Mike Shepherd set up MAA in 2009, since then the company has enjoyed continued strong growth both in terms of clients and the MAA team. MAA is now firmly established as one of the foremost agencies in the marine industry.

The company organises the annual MAA Press Lunch, which brings together top marine industry figures, editors and journalists. The event, which attracted 120 guests in 2015, is testament to MAA’s standing in the industry. The media centre on MAA’s website (www.marineadagency.com) is a vital resource for journalists, giving unrestricted access to client’s news releases and downloadable high-resolution images for editorial use.