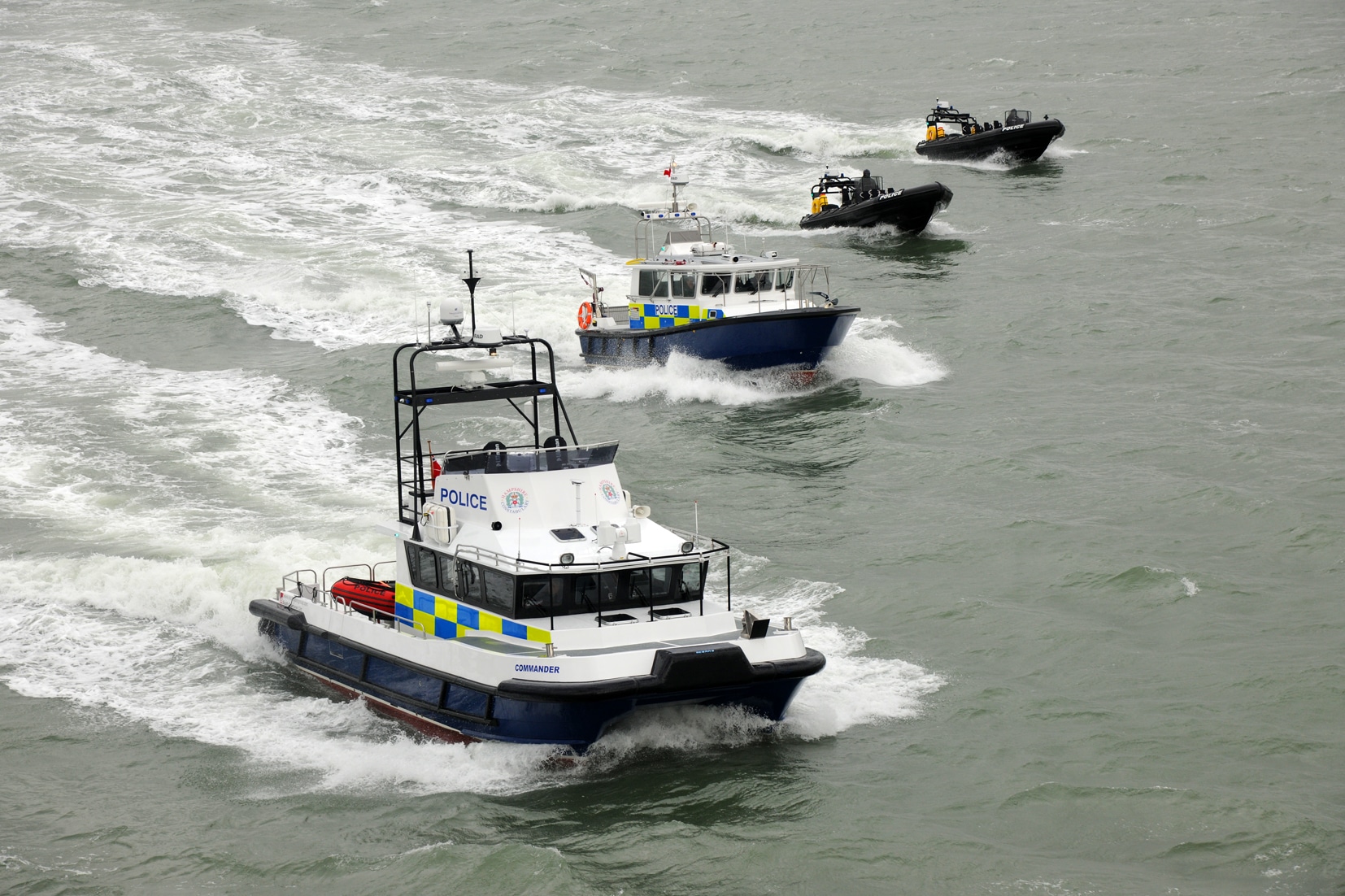 Gosport Marine Scene helped to save the Hampshire Marine Police Unit from the public service spending cuts. The unit’s annual cost was among the potential savings to be made in the budget for policing in Hampshire, but the Police and Crime Commissioner was persuaded of the value of the unit and agreed to continue the funding.

The Unit is always keen to show a presence at events involving the marine community. Among other things they made an appearance at the Boat Jumble and last summer’s Gosport Marine Festival. The unit monitors all marine incidents reported to the constabulary and, where appropriate, uses bulletins and the stolen boats website to circulate information about marine property and crime trends. www.stolenboats.org.uk

As well as providing a highly visible presence for boaters on the coast and among the marinas and moorings, the Unit of ten officers with four vessels also works on counter-terrorism, drug smuggling and human trafficking, and protection of VIPS at major maritime events. They cover 260 miles of coast and operate up to 12 miles offshore.