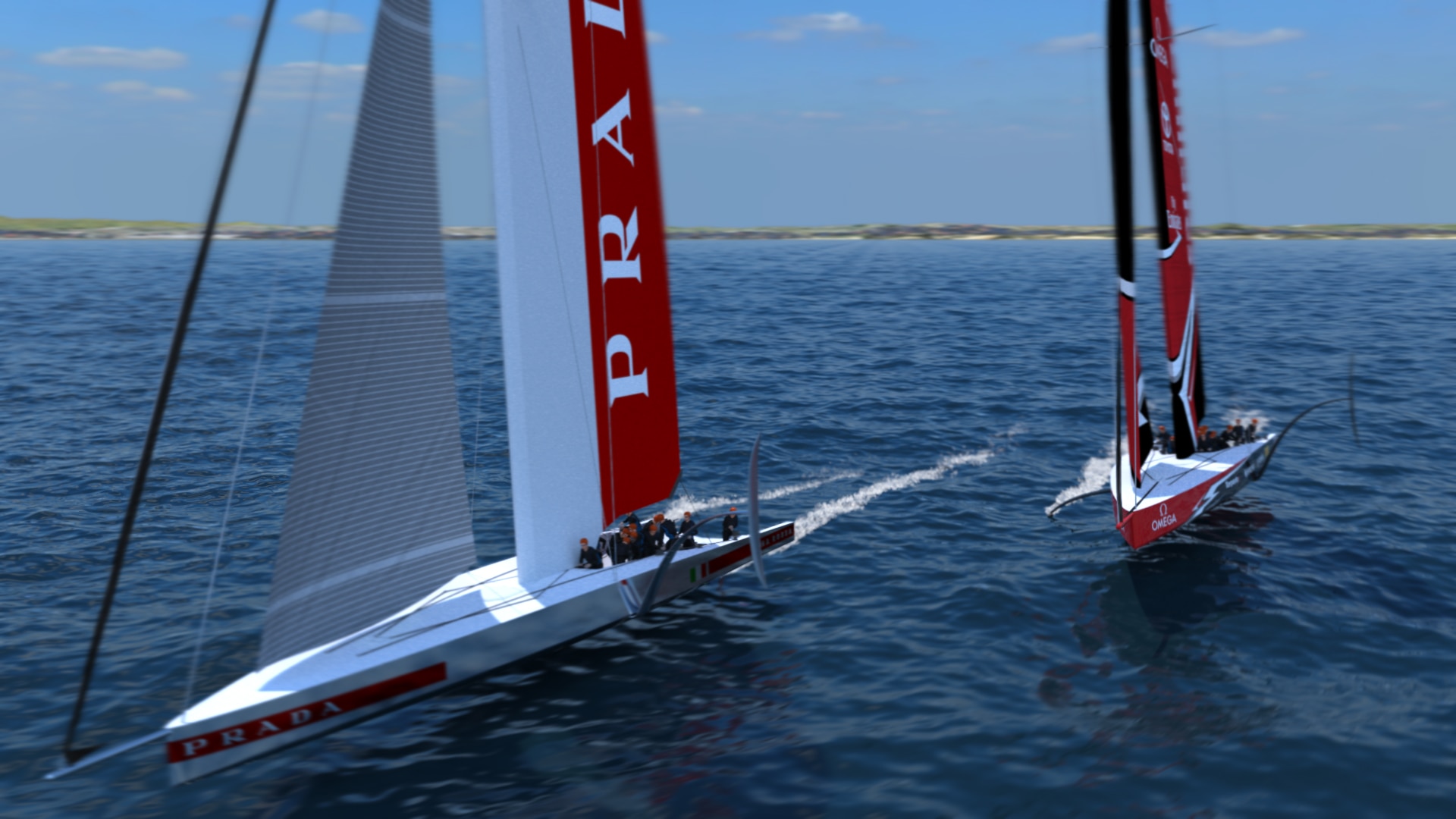 The concept drawings for the new 75 foot monohull that will contest the 36th America’s Cup in 2021 have been announced by the Defender, Emirates Team New Zealand. Sticking with high performance innovation expected of the America’s Cup, the new class will be a foiling monohull on two large canting T-foils and a single T-foil rudder lifting the boat into the air.

Team Principal and Skipper, Ben Ainslie welcomed the early announcement, “The Defender, Emirates Team New Zealand and the Challenger of Record, Luna Rossa have delivered a truly high-performance boat that will make the next America’s Cup an incredible sporting and technical challenge.

“We look forward to the opportunity to consult with the Defender and Challenger of Record ahead of the final class rule being announced at the end of March. We can’t wait to start tackling the design and engineering challenges in this new class.

“What we do know is that we’re going to be foiling again, and that in the right conditions, this boat will be as quick as or quicker than the ACC foiling catamarans raced in the last Cup. The sport has gained a lot of new fans and this boat, delivered with a global circuit and high-quality free-to-air broadcast TV will cement their interest in the America’s Cup and build on a very strong base.”

Land Rover BAR’s new CEO, Grant Simmer, was in Portsmouth for the announcement and commented, “This new class is a real challenge for our design and sailing team. It’s also a great opportunity. A new class of boat means a blank sheet of paper, and while we can use much of what was learned in AC35 about systems, foils and the associated design and engineering, there’s also a great opportunity to take a jump ahead if we get the conceptual approach right from the start. This is a very exciting time for the team.”