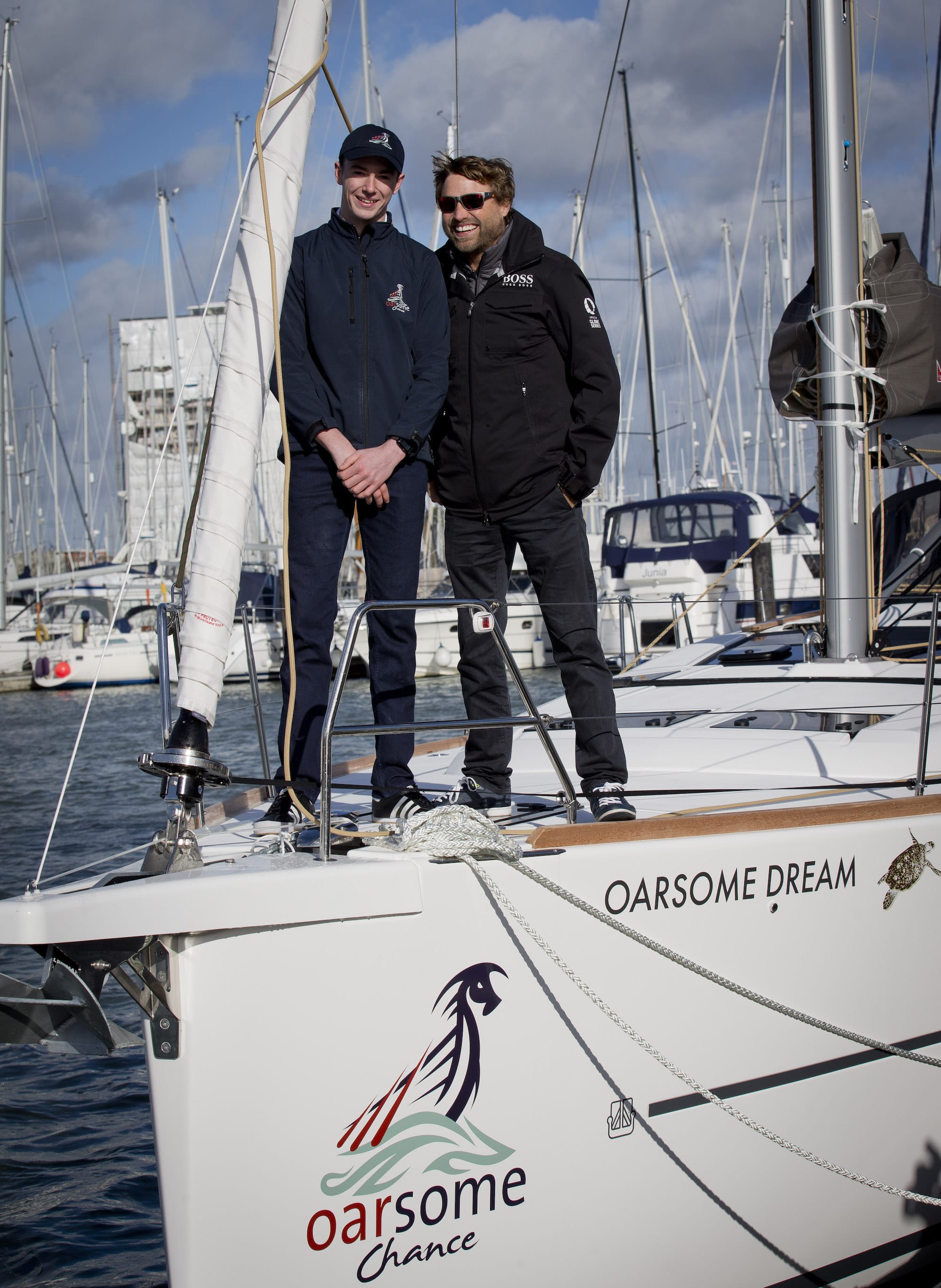 Dream Yacht Charter UK is backing Oarsome Chance as its official charity, and young people involved in the youth development organisation have gained invaluable work experience over the last week by helping to commission the brand new yacht.

Oarsome Chance works with 9-19 year olds who are disengaged from mainstream education and at risk of exclusion, using a combination of water-based sport and vocational training to bring about positive change in young people’s lives.

“I’m delighted to be here today to officially name Oarsome Dream. Oarsome Chance has had such a positive impact on so many young people and, by partnering with the organisation, Dream Yacht Charter is now a part of that process, which is great to see.

“Oarsome Chance is not only about improving the lives and prospects of young people; it’s also about contributing to the growth of the marine sector in the UK and providing invaluable opportunities for young people to gain access into the industry. If opportunities such as this can spark interest in even a handful of young people, then I think that’s an incredibly positive step forward,” Alex Thomson, Oarsome Chance Patron, said.

The Dufour 460 Grand Large yacht arrived in Port Hamble on 30 January and Oarsome Chance apprentices Joe Swindale (17) and Luke Symonds (16) worked alongside a specialist team who shared their skills and expertise with the two teens who have their sights set on a career in the marine industry.

“I’ve been involved in the whole process of getting this new boat prepared over the last week doing everything from sanding it down, anti-fouling, loading on safety kit and watching it being lifted into the water and the mast being stepped. It’s great to get this hands-on experience working with such an experienced team – so much better than learning from a book or a video,” Joe Swindale, a 17-year-old apprentice at Oarsome Chance, said.

“This is a fabulous day for everyone at Oarsome Chance with our Patron Alex Thomson naming this stunning new yacht Oarsome Dream. By involving our young apprentices in the commissioning process for the latest addition to their fleet, Andy and his team at Dream Yacht Charter have created a project that sums up what Oarsome Chance is all about. We are united in our commitment to create meaningful opportunities for young people to widen their horizons and boost their employment prospects,” John Gillard, Principal of Oarsome Chance, said.

Oarsome Chance was established in 2015 and in that time has engaged with over 1,800 participants. On a weekly basis, Oarsome Chance delivers its rowing and workshop activities to up to 100 young people who regularly attend their curricular and after-school programmes.

“I’m delighted to show our ongoing commitment to supporting Oarsome Chance through naming the newest vessel in our UK fleet Oarsome Dream, permanently linking our two organisations. It’s been great to have the students working with us on fitting out the boat, seeing them gain a genuine hands-on experience, learning and practicing skills that will stand them in good stead as they move forward. I’m a strong supporter of apprenticeship schemes having taken a similar route into the marine industry myself. We have lots of exciting plans in store for the coming year and are very excited to be working closely with Oarsome Chance,” Andy Byham, UK Director of Dream Yacht Charter, said.

Dream Yacht Charter is the world’s leading charter company offering a wider range of destinations and boats than any other operator, with over 1,000 boats in more than 50 destinations worldwide from the UK to the Caribbean, Pacific and Mediterranean. The new Dufour 460GL will join the UK fleet, based in Port Hamble, Hampshire where it will be available for corporate events and bareboat charters allowing experienced sailors to explore the cruising grounds of the south coast.

Further information about Oarsome Chance can be found on https://oarsomechance.org/