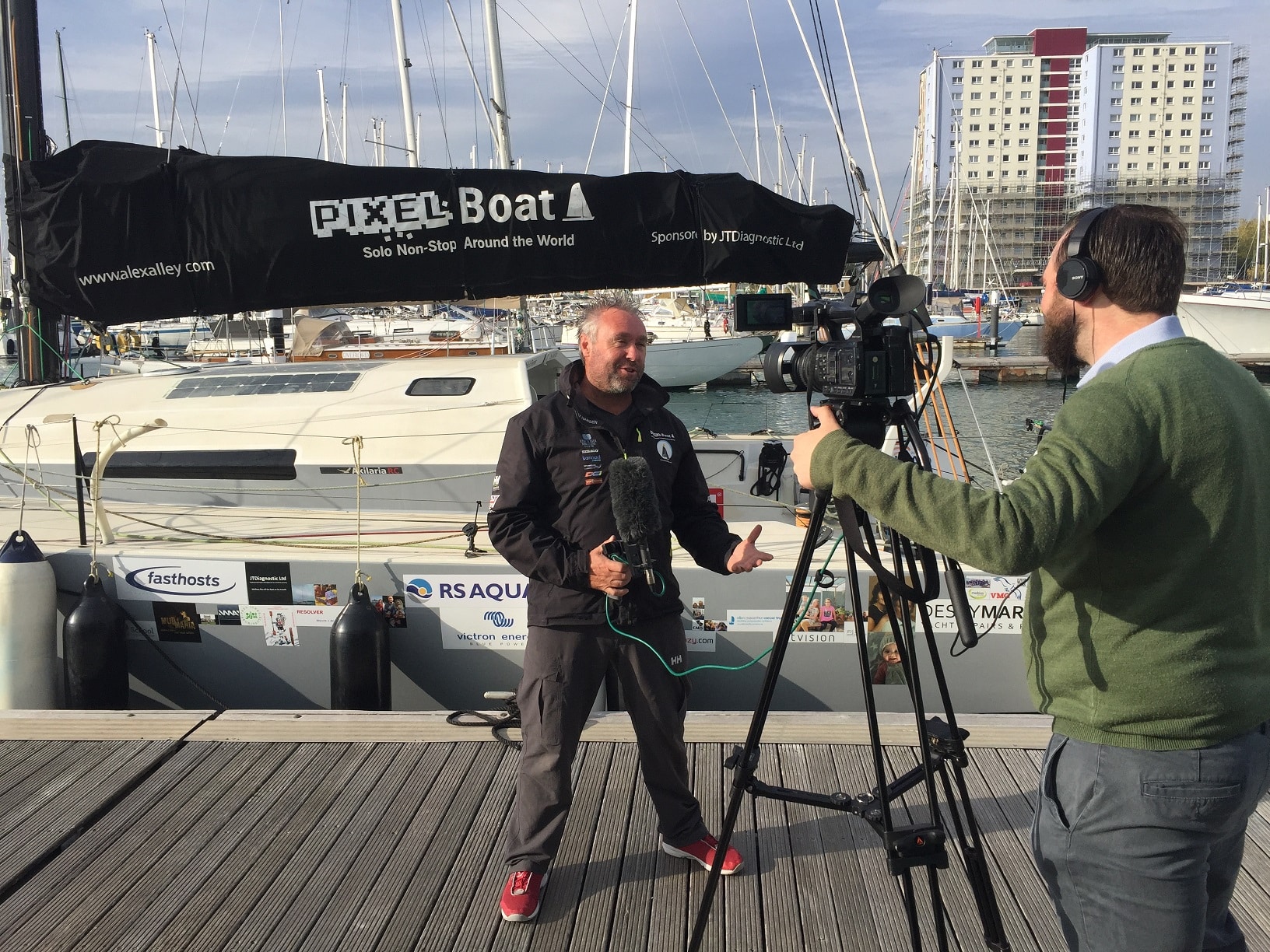 The latest news on departure is that there is a slim chance of a weather window on the 12th, but it is only a slim chance, so for now we are watching very closely the boat boats in the Route du Rhum race as they cross Biscay, especially Tuesday night when the worst of the weather crosses the fleet.

Today there was a lot of activity around the PixelBoat in Haslar marina. First off we had Richard from That’s TV following on from an interview he recorded a few weeks ago when the boat was out of the water. A great insight in to the latest news with the campaign. You can watch the report here.

After Richard, we then had chance to get to work on the two research projects we are conducting with Portsmouth University. Both the experiments are housed in a fin that hangs on the transom of Pixel Flyer. Inside the fin is a hydrophone and a very accurate thermometer. The hydrophone will be recording sounds across a range of frequencies including marine mammals as well as human and tectonic activity. Another world first for the PixelBoat. The plan being to study the impact humans are having on the wildlife, even far from land in the deep oceans, such as changes in behaviour and feeding patterns.

Then we had Reuters news agency come down to do some filming, again with Portsmouth University onboard. This piece of filming gets circulated around the world to thousands of other news agencies so the Crowdfunded PixelBoat campaign will get some coverage overseas.

You can follow me throughout the challenge via my satellite tracker. There is a link on the team home page or via this tracker link. The tracker will update the position every hour and you can even leave messages on there for me.

Feel free to forward this email on to anyone you think would be interested in following us. They can sign up using the link below:-
Sign up here