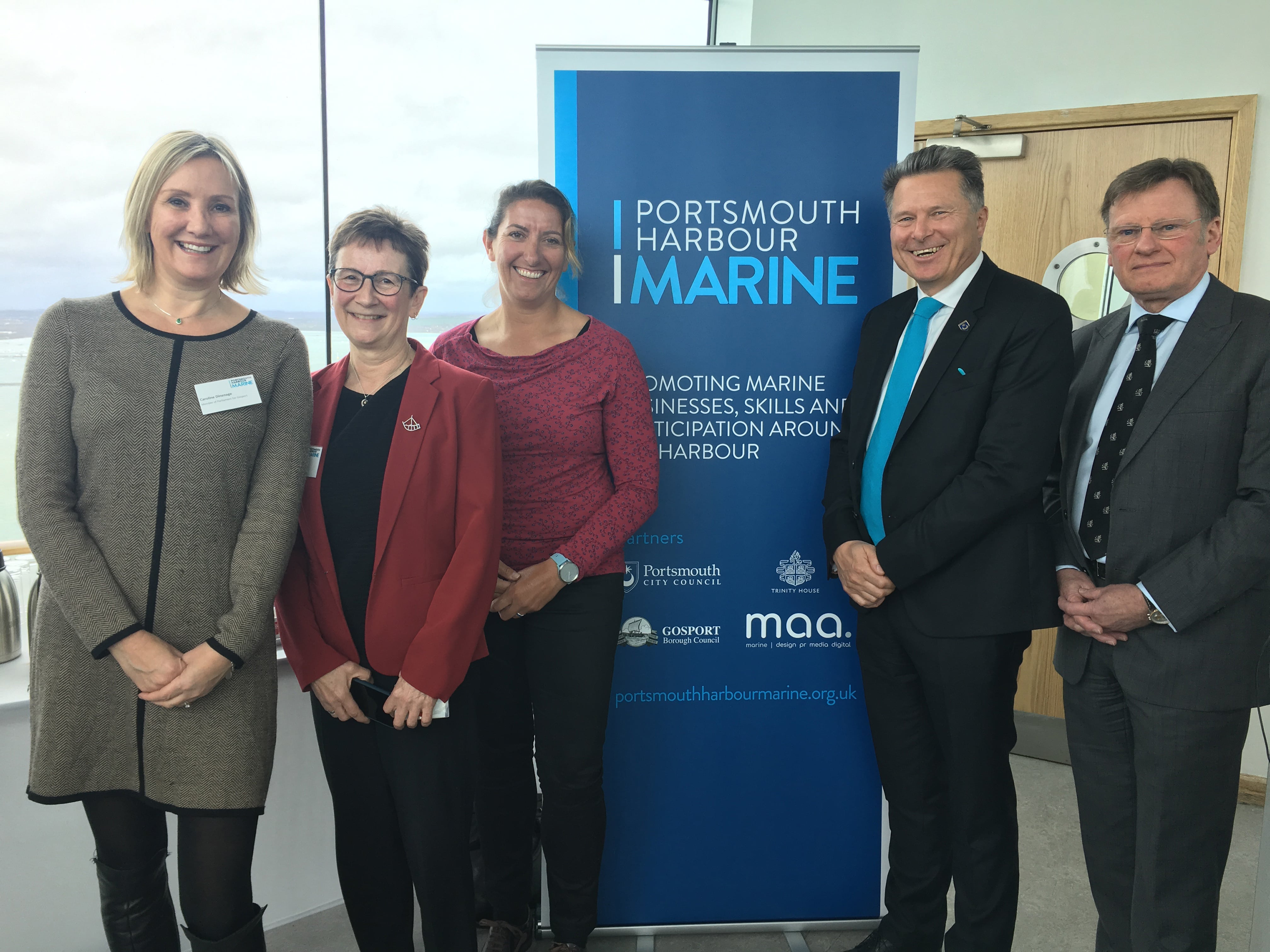 The exciting new charity Portsmouth Harbour Marine was officially launched today (4 April 2019) with a remit of promoting marine businesses, skills and participation around the harbour.

Building on the success of Gosport Marine Scene, Portsmouth Harbour Marine will work with schools and colleges to equip young people with the skills needed for marine sector employment and encourage young people to pursue a career in marine employment and to get afloat for recreation. Its aims also extend to stimulating marine businesses and their networks locally, and promoting Portsmouth’s historic harbour as a destination for all forms of competitive and leisure boating.

The launch, held at the top of Portsmouth’s Emirates Spinnaker Tower, was hosted by the Chairman of Portsmouth Harbour Marine, Commodore Peter Melson CVO CBE, who says:

“We can’t overstate the need for integrated and cohesive development of Portsmouth Harbour’s marine sector.  By bringing all the stakeholders together under one umbrella organisation, we can work to grow and develop the local skill base for the leisure and business sectors and better support those who already thrive on our shores.

“The concept is a proven one. We’ve been doing similar work under the banner of Gosport Marine Scene for the past six years and have delivered three Marine Festivals as well as the Marine Futures Programme which provides young people with the opportunity to work in the local marine industry and experience going to sea, often for the first time.”

Find out more from www.portsmouthharbourmarine.org.uk