The Gosport ferry is struggling for survival 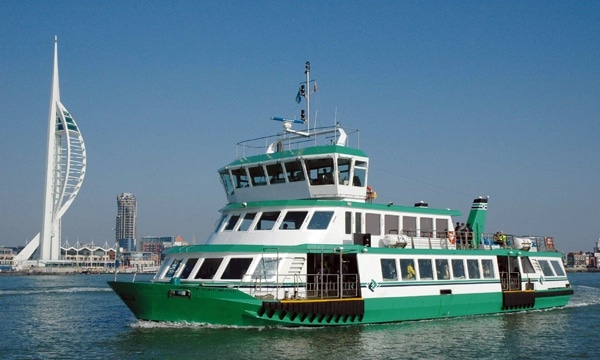 The Gosport Ferry, a vital connection between Gosport and Portsmouth, is in dire straits as an immediate package of support is needed to see it through COVID-19.

According to the Portsmouth News, the ferry has suffered a 90% drop in passengers. It’s furloughed 16 of its 36 staff and while councils have deferred a £42,000 monthly charge during the crisis, the company has around £150,000 worth of bills to pay each month.

An online petition has been created, to help make authorities aware of the ferry’s vital nature for south coast commuters. The petition states: “The ferry is vital for the town of Gosport. It is an important service for both work and leisure. Many key workers rely on the ferry as a link to Portsmouth. Alternative commuter links are limited and are either beyond capacity or not fit for purpose. The ferry has been running since 1883 and has recently invested heavily to maintain the quality of service and secure the future of this vital mode of transport. The current lockdown has hit the company heavily and it is struggling to survive. It needs Government help and support. This service keeps cars off the road and encourages cyclists and pedestrians. The economic and environmental impact of the loss of the ferry will be significant.”

With the petition sitting circa 6,000 supporters at time of writing, talks – which have been ongoing for over a month – are continuing.

Shapps told Department for Transport officials they had 48 hours to work with local authority leaders and Gosport Ferry owners to pull together a package of support.

“We’re still waiting,” says Clive Lane, General Manager and Director of Gosport Ferry Ltd. “We’ve been pushing for help for six weeks, but we’re in limbo. If we weren’t taking key workers and military across, we would have shut down a couple of months ago.

“We’ve watched Wightlink and Red Funnel receive help, it’s a testing time for all of us.

“Local MPs have all been very supportive. But we’re losing hundreds of thousands a month. Now we have to wait to see where we are. The Department for Transport has got a lot on their minds, as does the whole industry,” he says.

“At one point we were talking about reducing service to six hours a day, but we don’t want to do that. We had about 200 extra footfall since Wednesday’s restrictions eased, but retail opening will be the big definer of the future.

“Our passengers are very vocal and supportive. They feel no one’s taken any notice, so they’re raising awareness of our plight. We can’t really do much more.”

Councillor Gerald Vernon-Jackson says that he wants councils, the company and the government to each put a third of the total funding into the firm.

“If we can do a three-way deal to keep it going that would be really good.”

“There’s a lot of rhetoric going on,” Lane says. “We’re taking it all with a pinch of salt. At the end of the week we’ll see where we all lie. We’re confident we will get something, even if it’s from Hampshire County Council. It’s a bit of a battle, lots of people want a bit of the pie.”