Thousands of Pounds raised as Inaugural Charity Pursuit gets under way 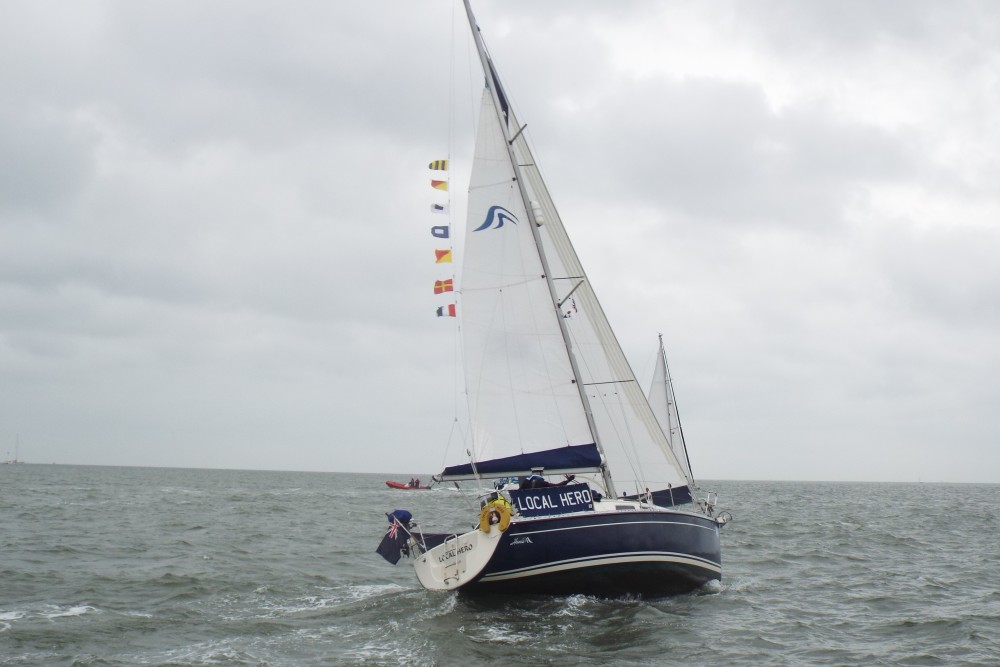 This morning the inaugural Gosport Peninsula Charity Pursuit was officially started off Gilkicker Point in the eastern Solent. 22 yachts have entered this first edition which sees yachts competing to win the Gosport Challenge Cup by sailing around the Nab Tower and back to Gilkicker. Points are awarded for elapsed time over the course, and crucially, for the total amount of money each boat raises for charity.

As the start gun sounded it was announced by Neil Chapman of Boatshed.com, the official Pursuit Sponsor, that the total amount of money raised so far stands at nearly £10,000.00 . He went on to say “it’s fantastic to see so many smiling faces on the water as the yachts crossed the start line. A fantastic event to raise money for local charities and get everyone out on the water”.