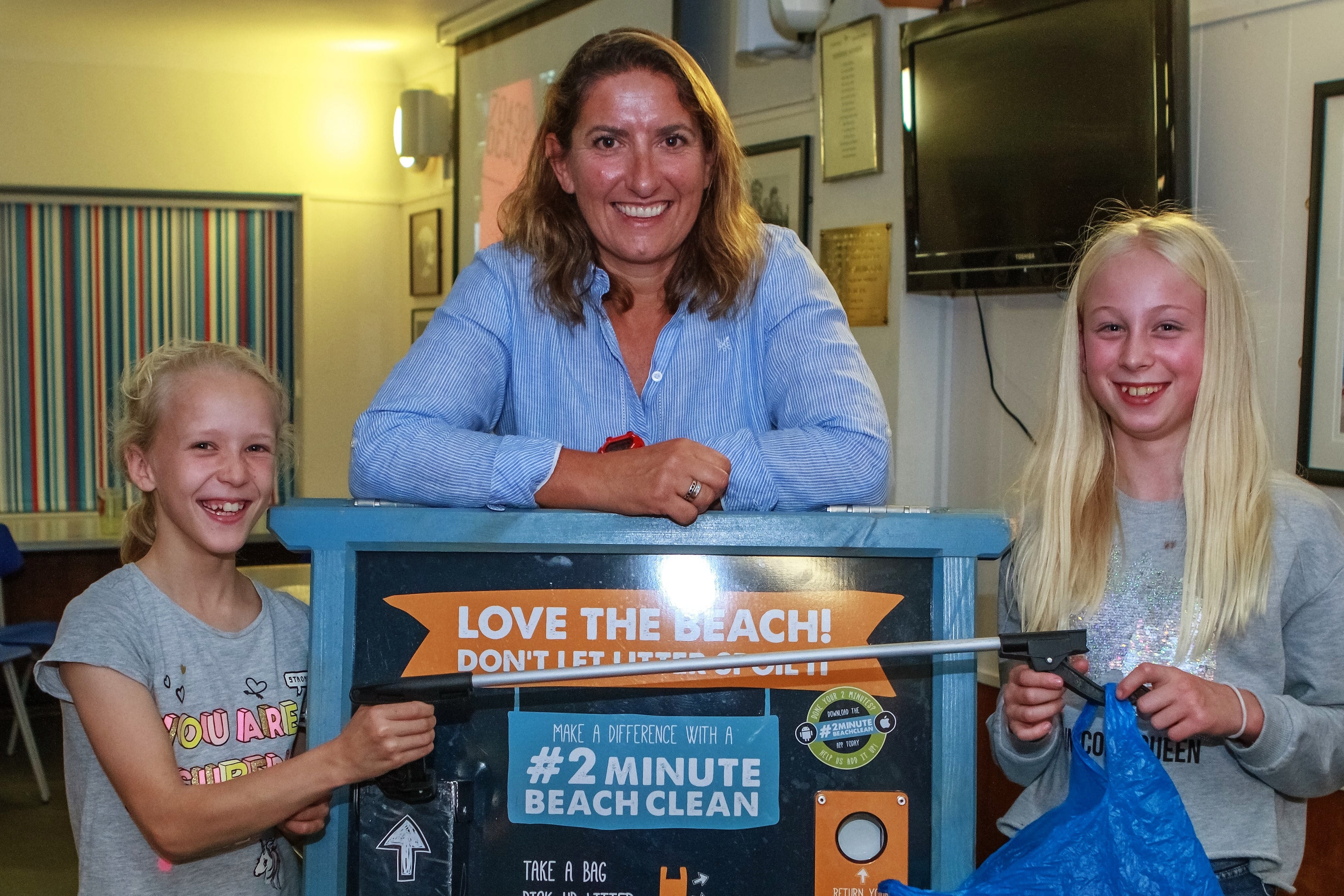 Dee, who has sailed around the world six times and is the Club Patron, has recently returned from skippering “Turn the Tide on Plastic” in the 2017/18 Volvo Ocean Race with a mixed gender youth team and a strong sustainability message. She described the problems faced by all of us as the seas are becoming polluted with single use plastics reminding the club members, aged 7 to 13, that the future rests with them to change our dependence on plastics. Amelia Jones and Lucy Collins, both aged 10 and pictured) showed Dee that Stokes Bay Sailing Club Cadets collect litter particularly plastic from their beach using their Litter Board.

The Aviva Trophy, presented to Dee after her second single handed circumnavigation and donated to the club for the member who “gives most back”, was presented to 12-year old Lotti Street with the Bob Hope Trophy for the most improved novice awarded to 10-year old Patience Sullivan. Other club members present were awarded with certificates and medals.

St. Mary’s Junior Sailing Club has been a feature of Alverstoke for 53 years. It has a membership of fifty children aged nine to fifteen who sail on Stoke Lake on Saturday and Sunday afternoons throughout the summer months in a variety of sailing boats from Oppis to Laser Picos suited to all skill levels with two rowing boats for variety enabling members to enjoy boating in true “Swallows and Amazons” style.