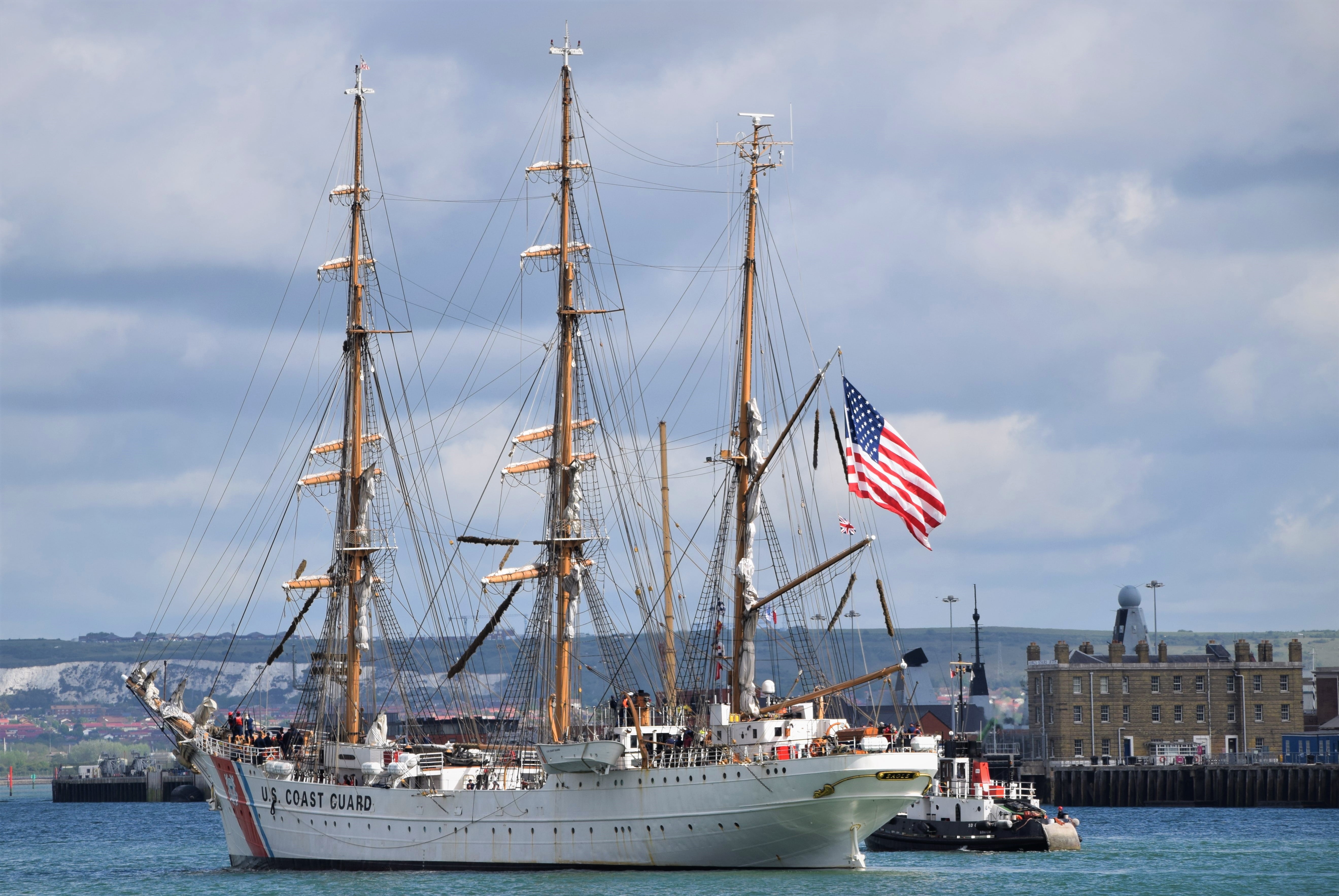 At 295 ft in length, Eagle is the largest tall ship flying the stars and stripes and the only active square-rigger in United States government service. Constructed in 1936 by the Blohm and Voss Shipyard in Hamburg, Germany, and originally commissioned as the Horst Wessel by the German Navy, Eagle was a war reparation for the United States following World War II.

Eagle is a three-masted barque with more than 22,300 square feet of sail and 6 miles of rigging. She has served as a classroom at sea to future Coast Guard officers since 1946, offering an at-sea leadership and professional development experience as part of the Coast Guard Academy and Officer Candidate School curriculum.