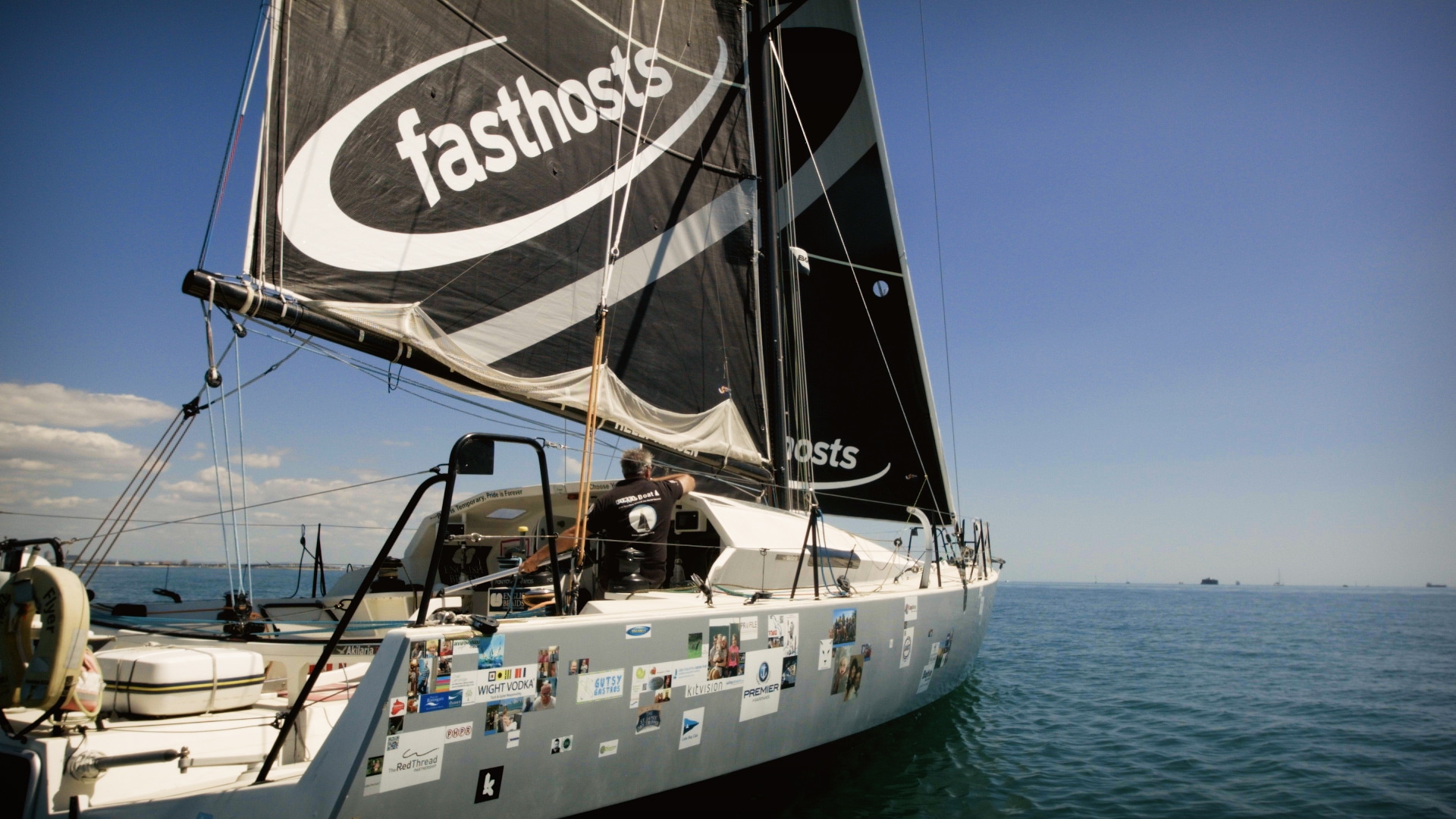 The Fasthosts sponsorship not only includes Pixel Boat’s state-of-the-art carbon fibre solent and mainsail, featuring a clean, black and yellow design – it also covers Alex’s cloud hosting solution, CloudNX, ensuring his website and, vitally, the sale of his fundraising pixels, runs without a hitch. Fasthosts has released new images and a video of Alex aboard the Fasthosts-branded, 40ft-long Pixel Boat, talking about the immense challenge that awaits him in November.

In addition to brand sponsorship, Alex has quite the community of supporters, as he explains: “When I started this journey ten years ago now, I was looking for a single sponsor. I very quickly realised that finding a single sponsor was very difficult! So I then thought about getting several sponsors, each with a smaller slice, and that quickly developed into ‘why don’t I just get thousands of people to each sponsor a little £25 chunk of the campaign?’.
“We came up with the idea of having people’s pictures on the side. It’s like a mosaic of images that’s growing, and I have no idea what the finished article is going to look like. It’s quite eye-catching, that’s for sure.”

As part of the fundraising process, Alex has been taking to the high seas to publicise the challenge, while preparing physically and mentally, having recently set the Around the Isle of Wight Solo Sailing Record. With a number of items required before he sets off, Alex continues to raise funds to support his four-and-a-half-month adventure. And with just four months left to go before Pixel Flyer sets sail, the team still have a lot to do – from purchasing the £3,000 of specialist food required to keep Alex energised and healthy, to ensuring the essential first aid kits are in place. With this in mind, Fasthosts is calling on business communities to support Alex by advertising their brand on the boat itself, with prices at just £25 per pixel.

With the sails above deck and CloudNX below, and the wind in the right direction, there are high hopes that Alex will beat the existing time of 137 days, 20 hours, 1 minute and 57 seconds. The Fasthosts team will be following and supporting him throughout the journey.

Watch the video and find out more at www.fasthosts.co.uk/pixelboat