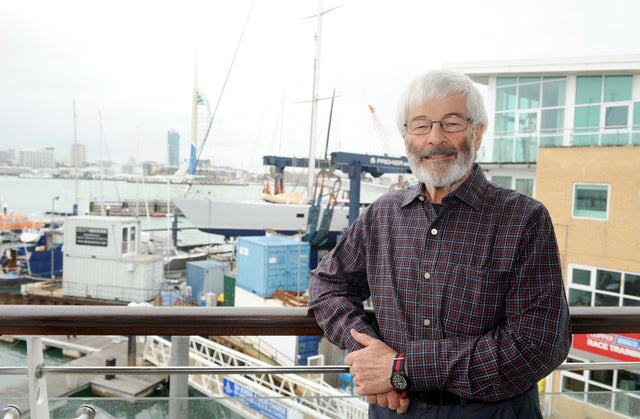 Peter Cardy has been appointed to the Order of the British Empire for more than a decade of service to the Gosport – which he says needs ‘more self-belief’, according to The News.

The award recognises more than a decade of work to support the Gosport community, including helping to start Gosport Marine Festival, which has attracted hundreds of visitors and participants since 2015.

To be given an OBE was an ‘extraordinary’ feeling.

Pater says: ‘I got one of the standard communications that said, ‘the Queen is minded to offer this award’ – and I thought, ‘well it’s not going to get in the way of anything’.

‘And it’s nice to be recognised after 73 years for something you have done.

‘I don’t think there will be anything other a virtual ceremony. I’ve seen the Queen in real life a few times – so Zoom would be a poor substitute.’

The marina resident hopes his efforts have helped people across Gosport better appreciate their home town. He says: ‘It’s a beautiful little town that doesn’t think much of itself but it should.

‘What’s remarkable is that a lot of people who live here have no self-belief. A lot of people say you can’t do anything in Gosport, nothing happens in Gosport. But one of the best jobs I have been involved in were the marine festivals – the number of volunteers was staggering.

‘The festival was one of the things that makes you realise how good it is to support Gosport.’

The OBE comes after a lifetime of work to support good causes before his retirement in 2013, with Peter previously serving as the CEO of the Motor Neurone Disease Association, the Multiple Sclerosis Society, and Sail Training International.

He adds: ‘I feel you should give more than you take, in that way I’m an old-fashioned do-gooder. I believe we can make society a better place.’