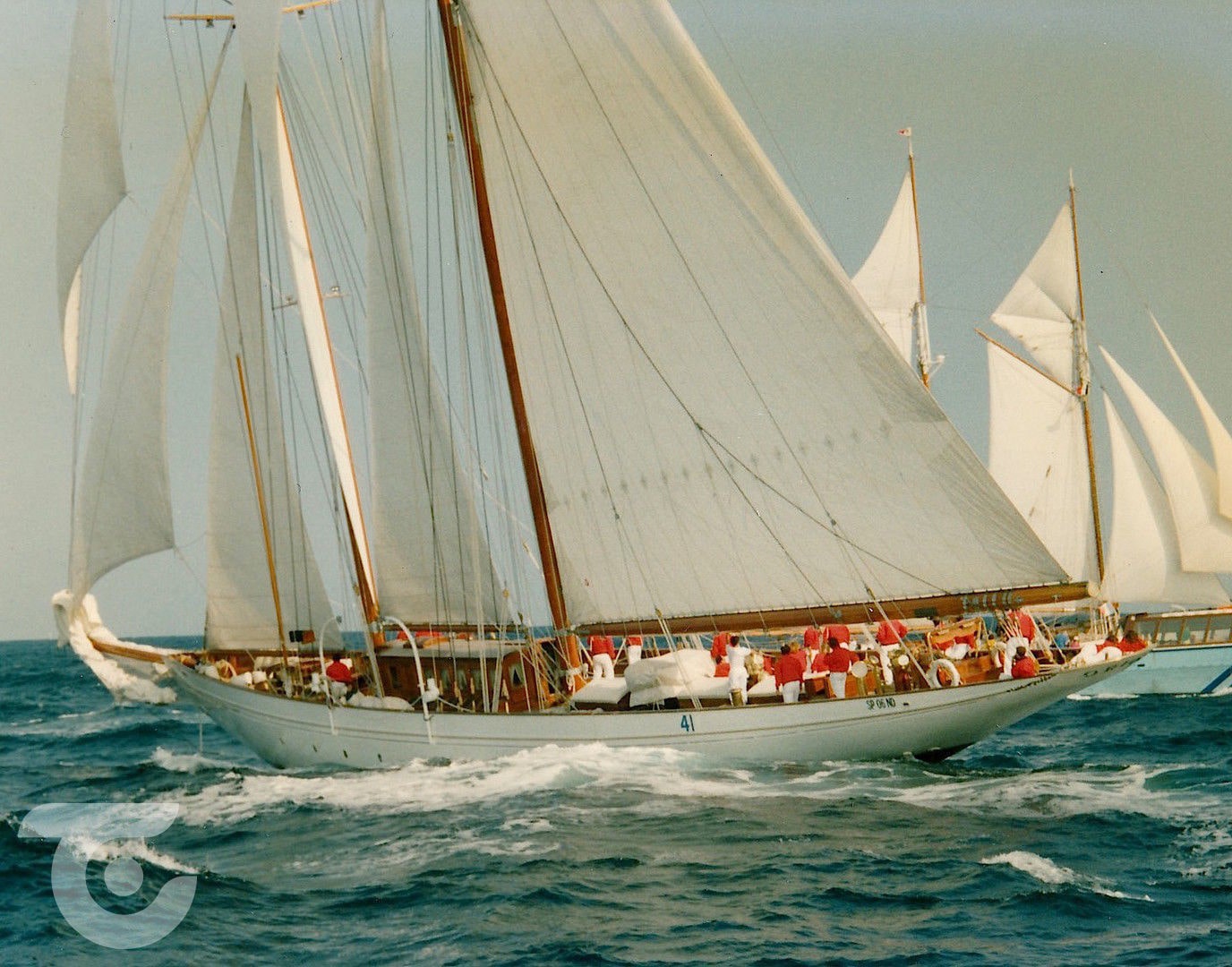 As part of our history series from revered in-house yacht historian, Malcolm Wood, SYT takes a closer look at yacht builders that are, for one reason or another, no longer in existence. Across the next two issues, we explore the Camper & Nicholsons shipyard of Gosport and Southampton in the UK. In this first instalment, we delve into the sailing yachts of the yard.

Camper & Nicholsons were one of the earliest builders of yachts greater than 30-metres in length. The company also developed into one of the world’s most prominent yacht builders over the years, completing well over 2,000 vessels of all sizes. Owing to the large numbers of yachts involved, it is for this reason that we’ve decided to cover this prolific builder in two parts.

The origins of the yard lie in one Francis C. Amos, a London born shipyard apprentice who in 1782 signed an agreement to lease the disused Charles Fort at Gosport, the site at which most of the company’s yachts would be built in future years. (Today this is the site of Endeavour Quay boatyard, Mumby Road).  In 1809, William Camper, a great nephew of Amos, was apprenticed to his great uncle and following the death of Francis Amos in 1824, the control of the yard passed to William Camper.

The first large yacht built by Campers was a 327-ton brigantine named Anonyma, launched in 1839 for the Royal Yacht Squadron member Colonel Greville. A succession of sailing yachts over 100-tons for both cruising and racing were built in the following two decades.

The Nicholson name first made an appearance in 1842 when Ben Nicholson was indentured as an apprentice shipwright to the Camper yard. Prior to William Camper’s death in 1863 he had written in his will that he wanted Ben Nicholson to take control of the yard together with one of his grandsons as a partner when he reached a mature age. The company would now be known as Camper & Nicholson.

One of the most famous racing yachts of this era was the 206-ton schooner Aline, built in 1860 for Charles S. Thellusson, one of the company’s most important clients. No less than 72 sailing yachts over 30-metres LOA were delivered from 1839 to 1914. Shamrock IV 1914 was Sir Thomas Lipton’s America’s Cup challenger in 1920 but lost to Resolute and was later broken up in 1932. Five of the 72 are still in service: Amphitrite of 1887, Black Swan (ex: Brynhild) of 1899, Merrymaid of 1904, Joyette (ex: Almara) of 1907 and Orion (ex: Sylvana) of 1910. Of these, Amphitrite is now a German registered sail training vessel whilst the other four are still private yachts.

Of these, Vira – better known as Creole today – was the largest with a length overall of 63.03-metres and a TM tonnage of 697. T.O.M. Sopwith’s Endeavour I is well known today, whilst Endeavour II was converted to a yawl and was eventually dismantled in 1963.

Sonia II, owned by UK powerboat racer Betty Carstairs, was converted to a banana carrier in 1944 whilst Ailée II owned by French yachtswoman Virginie Heriot ended up in the French Navy’s Ecole Naval de Brest as a training vessel. Panda was seriously damaged by fire at St. Martin in 1984 and was later towed to Florida and scuttled in 1988.

The first large sailing yacht constructed post-WWII was a 35-metre ketch named Aries for W.J. Reynolds of the USA, delivered in 1953. This was followed by another ketch of 30.2-metres, Miguy III, and delivered to Comte Guy du Boisrouvray in 1960. This yacht was originally ordered for King Faisal II of Iraq who was assassinated in a coup d’etat before she was completed.

The yard was very busy with small production-line sailing yachts and it wasn’t until 1979 that another large sailing yacht of 30.54-metres was completed. This sloop-rigged motorsailer named Calabuig was of alloy construction and was built for an Italian owner.

Another decade was to pass before the Ron Holland designed sloop Royal Eagle II of 30.5-metres was delivered to her American owner in 1989. Just three more large sailing yachts would emerge from the yard in the 1990s, namely the Rob Humphreys/John Munford designed ketch Cyrano de Bergerac of 39-metres in 1993 for a repeat Italian owner, followed by the Bill Dixon/Terence Disdale designed schooner Yanneke Too of 35.9-metres for a US-based Swiss banker in 1995, and finally the 37-metre Ed Dubois designed sloop Our Blue Dream for a Russian owner in 1999.